Founded in 1994, Control Data Systems SRL (CDS) is a privately owned technology company located in Cluj-Napoca, Romania. CDS is a developer of wireless products and technologies for industrial applications in areas such as aerospace, oil & gas and environmental monitoring. The company focuses on developing specialized, standards based components, such as 802.15.4 and IPv6 enabled radio modems and wireless routers that bring industrial Wireless Sensor Networks into the Internet of Things. The radio modems and wireless routers designed by CDS are sold through a network of OEM partners and as such adhere to the standards and regulations required by the main industrialized regions of the world (Europe, Americas, Japan) in terms of safety and electromagnetic compatibility.

The CDS hardware team possesses the required skills and capabilities in order to execute professionally the hardware design of industrial grade radio modems and wireless router boards under tight requirements for reliability, manufacturability, cost and long life time. With access to state of the art equipment for RF measurements and characterization, the CDS engineers have the necessary tools to perform the complex task of validating radio designs for performance and regulatory compliance. In order to ensure high product quality and fast availability, CDS has developed a network of reputable EMS subcontractors for high volume product manufacturing that meets the most demanding quality standards in the industry.


The CDS software team has extensive experience with the definition and implementation of critical standards that form the base of the IoT ecosystem, such as 802.15.4 physical and MAC layers, 6lowPan, RPL and IPv6. This expertise has been applied to implementing two of the most prominent standards for wireless communications in industrial harsh environments, namely ISA100 Wireless and Wireless HART. As an active member of WCI (the Wireless Compliance Institute), CDS is constantly contributing to the definition and maintenance of the ISA100 Wireless standard and holds a reference implementation stack that is recognized throughout the industry. CDS also owns a reference Wireless HART implementation, complete for field devices and field routers that has been tested for compliance with the HART Foundation and is being delivered via OEM channels in the demanding market segment of Oil & Gas.

One thing that sets CDS apart is the drive towards innovation and a recognition for the importance of R&D. CDS resources have filed a list of patents in the field of wireless communications through the US Patent Office, some of which being awarded, some others being pending. Through its research activities, CDS has pushed the limits of industrial Wireless Sensor Networks technology on several occasions, such as when porting the ISA100 Wireless implementation from the 2.4 GHz bandwidth specified by the standard to new physical layers, namely Ultra Wide Band and sub - 1 GHz. These activities are constantly generating new Intellectual Property that finds its way into the CDS products and maintain the technological competitive advantage. 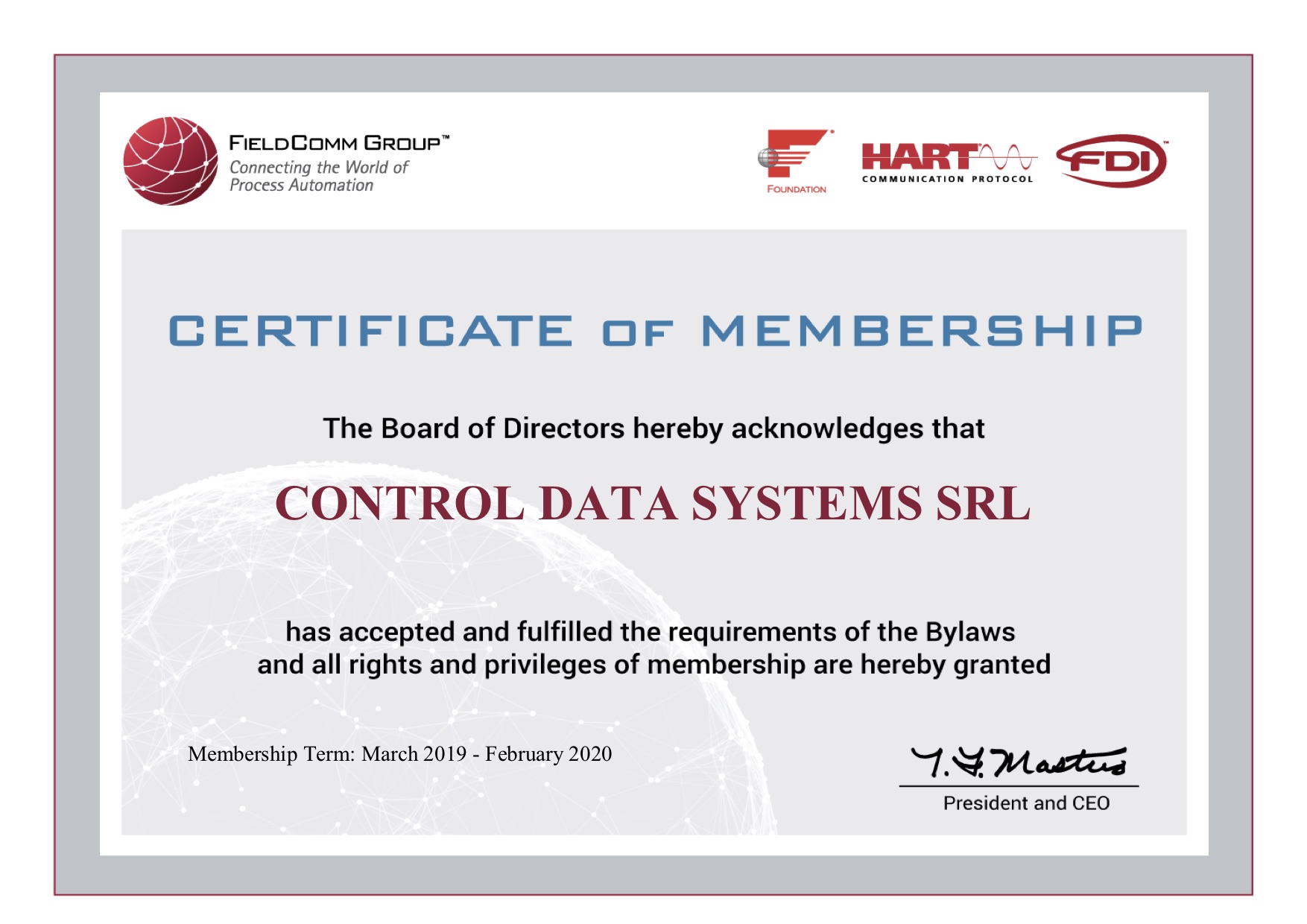